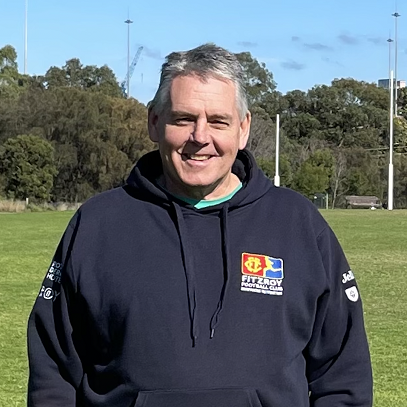 Phil Bunn has over 30 years’ experience in football at a variety of levels from country football at Horsham through to AFL level. Phil has joined Fitzroy in 2021, as our first ever Coaching Director in its VAFA era

As a player he still holds the Wimmera Football League record for the most goals kicked in a senior grand final, as he led Horsham United to a long-awaited premiership in 1988.

Phil has elite level experience as a recruitment and list manager and has developed and coached some high-profile names in the AFL – think about the joy of coaching Steele Sidebottom, Jack Ziebell and Tom Rockliffe all in the one team at the Murray Bushrangers, when they won the TAC Cup premiership in 2008.